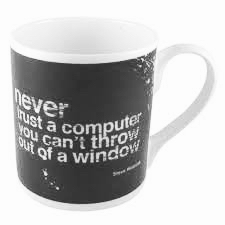 Over the years my best consult has been:

There are things about a computer on which you can absolutely count.

When a computer is working it will process a program (application) exactly as designed.

Bits and bytes that enter the processor are processed as they are in the order that they occur.  This loop of processing will continue reliably until the program ends, is interrupted, the power goes down or an error occurs.

It is in the errors that trust is lost.

So many things can create an error in a computer.

Remember that programs run in RAM.

RAM (Random Access Memory) is volatile hardware chips which are only populated when there is power. When power is off RAM is completely erased.

RAM is influenced by many factors.

Power can surge in RAM and wipe out all or some of its content.

A cosmic ray can zap a bit in RAM turning it from a 1 to a 0.  When the program encounters the zapped bit it literally stops running.  You may see a dialog such as “TextEdit quit unexpectedly.”

Sometimes an error will allow the application to continue to run, but trap it in a loop which repeats unendingly.  The cursor turns into a spinning beach ball and the program is hung.

A hung application can often be Force Quit, then run again normally.  If the problem with the application is its relationship with the operating system, the computer might have to be shut down and restarted before the problem program will work. 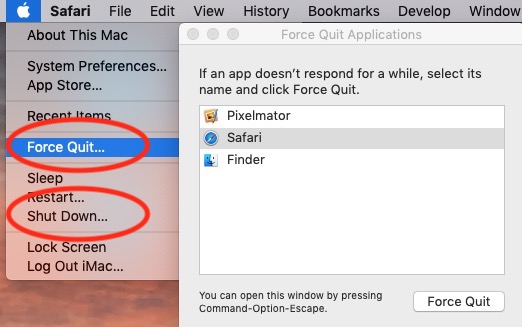 Some problems with applications must be repaired.

When applications are installed the operating system records its permissions in a table. Because of errors in RAM or on the hard drive this table can become corrupted. This corruption can lead to application errors.

For example, if you ask MS Word to change a font the Finder checks to see if MS Word has permission to use the system fonts.  If the permissions table is damaged the Finder might inform Word that it may not have that font. Word throws up its digital hands and quits with a dialog that says “Word quit unexpectedly.”

Hard disk damage may occur. In a spinning had drive the Read/Write head floats over a magnetic surface a smoke particle’s distance away.  If the computer is dropped or some malfunction occurs in the servos the head can impact the surface scraping away the ones and zeros stored there. When you see a hard drive operating it seems like a miracle that this mechanism works at all. Even solid state drives experience erosion which can damage stored data. When the damaged data needs to be copied into RAM the process fails and the computer crashes.

Why does a computer crash or a car break down?

Why do all machines fail?

Because they are flawed and wear out. 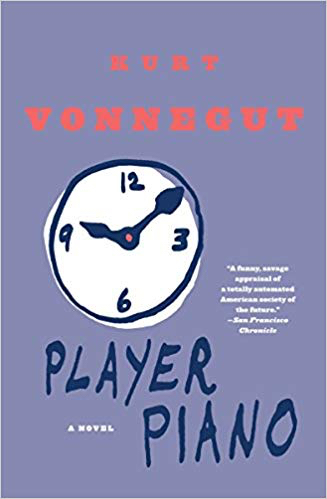 Can you depend on them most of the time? Yes.

Can you trust them absolutely? No. They are machines.

Trust in machines should always be tempered.

The other day i was speaking to a 20 something Millennial.  He was copying something from a computer onto a flash drive.  i said, “In 30 years of consulting my best advice is ‘Never trust a computer.’

The Millennial looked at me quizzically and asked “Which ones?”

He could not conceive of the concept.