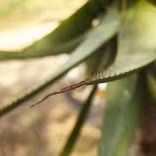 i was gardening in the rock garden
when i stepped on a rock.

The sole of my foot said “pain” (ROCK POKING FOOT – LOSING BALANCE) then my ankle said, “crunch” (I’M FOLDED).
As i went down on one knee my hand brushed the aloe.
My cuticle yelled so loud that my mouth said,
“?#¥@!”

In the bathroom, i washed the hand thoroughly, scrubbing the point of injury.
“DON’T!” said the finger whenever i touched it.

Peroxide, antibiotic and a bandage later, i tried to ignore the chorus of complaints that kept coming from my hand.

The cuticle healed over, but remained red and sore.
Determined to silence the complaints i sterilized a needle and dug into the edge of the nail.
“STOP”

Just under the surface, puss oozed. A little bit deeper and blood drained from under the nail.
“THANK YOU ,” said my finger in the language of pain relief.

This time the finger healed well and nail was no longer bloodied.

In the next 5 days i hardly heard from my finger.
But, every time i touched something with the tip of the finger a sharp “EEK,” was heard. ANNOYING.

Pushing down on either side of the spot, i closed the tweezers and pulled up.

With a satisfying, “AHHHHHH…” the tip of the aloe frond came out of my finger. It was 3/8” long. It’s tip must have been lodged in a nerve.

The finger healed completely in one day.
The hand fell into a pleasant silence.

For days my finger was trying to tell me it was still hurt.
It took me some time to translate the pain into a plan of action. 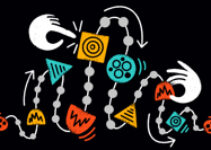 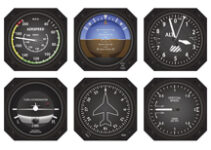