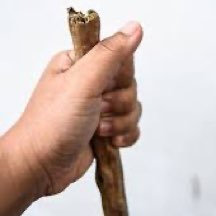 Joe slipped off a mountain path on a bright, cold day in December.
Tumbling down the slope he pushed off rocks and crashed into brush and bramble.
His head hit a tree trunk and he passed out.

His eyes opened.
Pain stabbed and pulsed at his body.
It came from his left leg, left hand and forehead.
“i’m injured,” he thought.

Joe looked at his leg. It looked normal, but hurt at the knee.
He moved his left hand in front of his eyes to see what hurt.
One of the fingers was bent in an odd angle.
Bringing his other hand to his forehead he felt a wetness.
When he looked at the hand it was coated with red.

The day was still bright, but had a brilliance that Joe did not expect.
The ground reflected a whiteness far brighter than from an afternoon sun.
As the ground came into focus he thought, “Snow?”
The next thing he felt was cold.
“Snow!” he confirmed.

It had begun to snow while he was unconscious.
He pulled his hoodie over his head and zipped up his jacket.

Joe looked for the familiar rectangle of his cell phone in the jacket pocket. It was not there. He felt for the phone. No phone. It must have fallen out in the tumble. He looked around. It was nowhere in sight.
Lost.

Joe bent his left knee to stand. Intense pain.
He pushed himself into a seated position with his right hand.

On the ground amidst the brush was a long tubular shape… a branch. Joe stretched his arm toward it. The branch was within his reach. He picked it up.

Aware that his left leg would not hold his weight he took the branch in his right hand and propped himself up to stand on his right leg.

Testing the heft and diameter of the stick, he leaned his weight on it.

When recovering from a previous injury Joe had learned that a cane is held on the opposite side of the leg injury. This method gives the cane a mechanical advantage, shifting the weight from the injured leg to the cane.

Leaning on the branch with his right hand he tested the weight on his injured left leg and took a couple of steps.  “This is doable,” he said aloud.

Joe looked around. He was surrounded by forest. Behind him was the broken brush from his fall. Beyond the brush was a steep hill from which he had fallen. To his right was a long depression in the snow… a creek bed.

Remembering the switch backs of the path Joe decided to follow the creek down the hill. He walked along the edge of the depression to avoid the likely rocky bottom of the creek. His progress was slow, but the creek carved a clear and visible route through the forest.

Hours later Joe emerged onto a lower section of the mountain path. He sat on a rock and tightened his clothing. He had remembered that this path was well traveled. His memory served him well.
Several minutes later some hikers came by.

The hikers called 911. Joe was transported to the hospital by EMTs. His injuries were treated. Joe made a full recovery.

When he regained consciousness the glance at his leg compared sensation from toes to hip. He identified the pain in the middle of the leg, must be the knee.

Joe compared his memory of normal five extended fingers to an oddly crooked index finger… not normal, not right. Probably broken. This hand was of no use to him.

He suspected a cut on his forehead when he felt the wet. The cut was confirmed when he saw red… blood.

The whiteness of the ground was recognized from Joe’s memories of living in the north. While surprising, the snow covered ground instilled an urgency to bundle up and find his way out of the forest.

The stick had the shape of a cane. Just what Joe needed.

Joe’s memory of the serpentine path switchbacks confirmed that he could intercept the path by going down hill.

The depression of the creek in the snow was identified from Joe’s past hiking observations of landscapes.

Memory and pattern recognition combined to create the reality of Joe’s escape route and eventual rescue.

Everything we see is a construct.
It references and combines all our memories into a picture of the present.

The picture we construct in this moment informs our view of future reality. 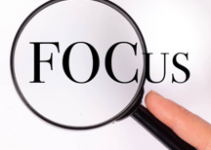